In a moving ceremony in the Memorial Garden in Honeywood Walk, many of Carshalton's residents, families of lost loved ones, councillors and voluntary groups and their representatives came together to commemorate the outbreak of World War 1 and remember those who had given their lives for us as the tragic events unfolded. The event started with the unveiling of Carshalton's new World War 2 Memorial. The pictures below are a small archive of the events of the day. 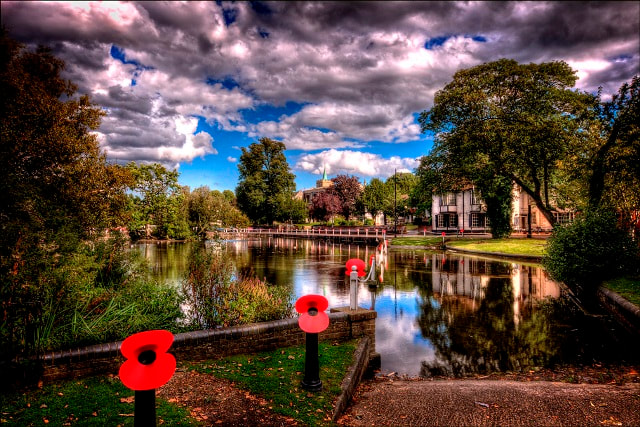 Carshalton Remembers - image Copyright © Julian Heath Photography and used with kind permission.
Dick Bower introduced proceeding. The Royal British Legion and TS Puma Sea Cadets were present. Cllr. Arthur Hookway, Mayor of Sutton, contributed and Bobby Hamilton read Wilfred Owen’s A Strange Meeting.
​The Last Post preceded a minute’s silence and reflection which was faithfully observed by all present.
​Sutton Chorale led the singing of the National Anthem. Those present were invited to float a poppy on the pond, one for each remembered. 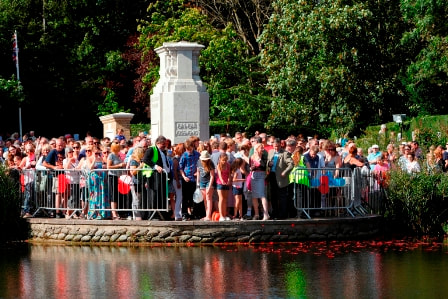 The stories of some of those who had passed in the conflict were made available to read.​ Period entertainment took place during the reception at Honeywood Museum afterwards
​On Monday the 4 August 2014 everyone in the UK was invited to turn off their lights between 22:00 and 23:00, leaving only a single light or candle for a symbolic act of reflection and hope. Our Website paid its respects throughout the hour.